Crown Technology from Past to Present 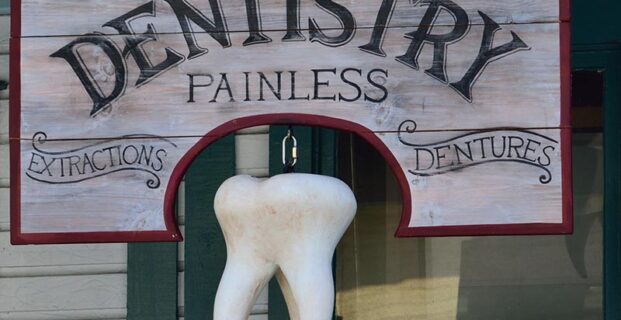 You might not know that dental crowns have been used for over 4000 years! Believe it or not, dental practices date back as early as 5000 BC, and even Aristotle wrote about the pain and treatment of tooth decay.

The earliest record of dental crowns can be traced back 4000 years to the Southeast island of Luzon. Philippine skeletons often included gold caps and tooth replacements. Wealthy people bragged about their crowns, which were often made of precious materials and were crafted by hand, making them emblems of wealth and power as well as functional dental prosthetics.

By 200 AD, the Etruscans had begun using gold and other materials to make crowns and bridges. Gold crowns and “veneers” were placed on teeth as a treatment for tooth decay and as a way to show off wealth and luxury. Etruscan skeletons also sported artificial teeth held in place by gold wires that were banded to existing teeth – the first example of a dental bridge!

A period of experimentation in dental techniques followed, including dentures and replacement teeth carved out of bone or ivory. In the 1700s, dentists used human teeth to replace missing or broken teeth because they created a natural appearance and were very durable. The trend was short-lived, however, because the human body will reject the foreign tooth, forcing these “replacement teeth” to fall out eventually. Fortunately, porcelain became popular soon after, and human teeth were replaced by restorative prosthetics.

The crown – a cap used to replace teeth by completely surrounding a tooth that has decayed – became the standard in dental practice by the time Charles H. Land patented the “jacket” crown in the late 1800s. The porcelain jacket crown began an era of ceramic use in crown manufacturing, and after a few improvements made by E. B. Pauling, the jacket crown became a common part of dentistry in the early 1900s, remaining in use until the 1950s. These early crowns suffered from microcracking resulting from the cooling phase of crown manufacture.

Corning Glass Works introduced Dicor crowns. Dicor crowns were cemented with zinc phosphate, which made them prone to failure. It wasn’t until the 1990s that crowns were created without a metal base. This revolution changed the way we create and apply crowns and inspired computer-generated 3D tooth restorations and other leaps in crown technology. Not surprisingly, cosmetic dentistry and an interest in the appearance of our teeth followed soon after.

Today crowns are a popular and effective way to treat a variety of dental problems that can result in missing teeth. We are proud to offer high-quality dental crowns to help you achieve a healthier, happier smile! Call us today at 434.971.7400 to learn more.